Space ambassador appointed by the United Nations to act as the first point of contact for aliens trying to communicate with Earth.

We've now got a Alien Ambassador?

We already know about the Vatican Conference on Extraterrestrial Life...but check dis out

The search for extraterrestrial life does not contradict belief in God, the Pope's chief astronomer said, adding that some aliens may even be innocent of the original sin. "

Is this their way of saying that (the aliens) are not some minor bacteria but largely intelligent entities??

Nonetheless, Hawking's comment has many people legitimately asking: If SETI detects an extraterrestrial transmission, will someone grab the microphone and reply? If so, who speaks for Earth? Will that be whoever wields the most kilowatts? A group designated by international consultation? Or simply those who transmit first?

Wether all of this commotion is genuine or

is still yet to ascertain.....

Some older, still interesting news related to the current E.T.mania:

A Russian MP has asked President Dmitry Medvedev to investigate claims by a regional president that he has met aliens on board a spaceship.

He has been president of Kalmykia, a small Buddhist region of Russia which lies on the shores of the Caspian Sea, for 17 years.

The millionaire former businessman has a reputation as an eccentric character.

As president of the World Chess Federation, he has spent tens of millions of dollars turning the impoverished republic into a mecca for chess players - building an entire village to host international tournaments.

Dan Aykroyd believes aliens have already visited us and abducted people from this planet.

Former Apollo astronaut Dr. Edgar Mitchell says that Aliens are real,
but denial of their existence is part of a huge government cover-up.

Man has more chance than ever of discovering life on other planets - and mankind needs to prepare itself for meeting alien life forms for the first time, a Scots scientist is to tell a conference on Monday.

Royal astronomer: 'Aliens may be staring us in the face'

Aliens may be “staring us in the face” in a form humans are unable to recognise, the Queen’s astronomer has said.

Lord Martin Rees, president of the Royal Society and astronomer to the Queen, said the existence of extra terrestrial life may be beyond human understanding.

He made the remarks shortly after hosting the national science academy’s first conference on the possibility of alien life.

“They could be staring us in the face and we just don’t recognise them. The problem is that we’re looking for something very much like us, assuming that they at least have something like the same mathematics and technology,” he said.

“I suspect there could be life and intelligence out there in forms we can’t conceive. Just as a chimpanzee can’t understand quantum theory, it could be there as aspects of reality that are beyond the capacity of our brains.”


It may sound like a Spielberg movie plot, but if senior U.S. airmen are to be believed, this scenario is not science fiction.

Researcher Robert Hastings, who has written on the subject, explained that so far the aliens appeared interested in ‘mere surveillance’ but warned they seemed to have gone further in some instances.

‘At long last, all of these witnesses are coming forward to say that, as unbelievable as it may seem to some, UFOs have long monitored and sometimes tampered with our nukes,’ he added.

Aliens have deactivated the nukes ???

I have read before about the discs messing with digital systems.

Its the black triangles you want to be wary of. 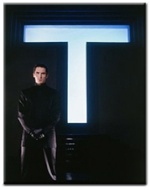 Mazlan Othman denies Sunday Times report that she is to become Earth's first contact for ETs.

and a host of other potentially qualified candidates for the position.